About the position (or What you will do)

Parity has a lot of products: blockchain clients written in Rust, mobile apps written in platform-native languages, browser-based tools and extensions written in JavaScript. We also maintain some crypto and networking libraries (mostly in Rust) and a blockchain framework used by several hundreds of third-party teams. All of this code needs to be consistently secured — and as a head of AppSec, it would be your job.

You would need to:

We expect you to:

For all that join us:

For those that join us in Germany, the U.K., or are willing to relocate:

The team at Parity builds core infrastructure to power a better internet. We do this by innovating in and fostering the open source ecosystem surrounding blockchain development, also known as Web 3.0.

Every day we interact with technologies controlled by a handful of large companies whose interests often conflict with our own. Despite that conflict, we still use their software either because many of the benefits seem to outweigh any perceived risk, we feel there is no choice, or there is no better alternative. As a result, we end up granting such companies access to our personal data which, in turn, gives them far-reaching control over our digital lives and in that, unprecedented influence over a multitude of globally impactful initiatives and innovations.

Parity Technologies is a team of the world’s premiere blockchain developers building industry-leading technologies that enable developers to create the next wave of better products and services that respect the freedom and data of individuals. You’ll join at a critical moment when the future of the decentralized web is being shaped, and perform an influential role in making a more equitable society for our future.

We primarily steward the Substrate ecosystem which includes Polkadot and Kusama, both of which are next-generation, sharded, multichain networks. Our flagship product, Substrate, is an open-source modular and extensible blockchain-building framework that allows rapid innovation and fast deployment of custom built blockchains. Substrate provides the core building blocks of blockchains built for deployment to Polkadot and Kusama. Our key programming language is Rust, and all of our work is open source. 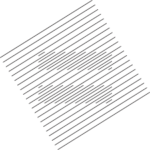 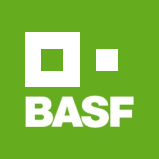 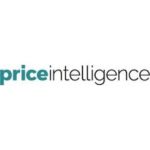